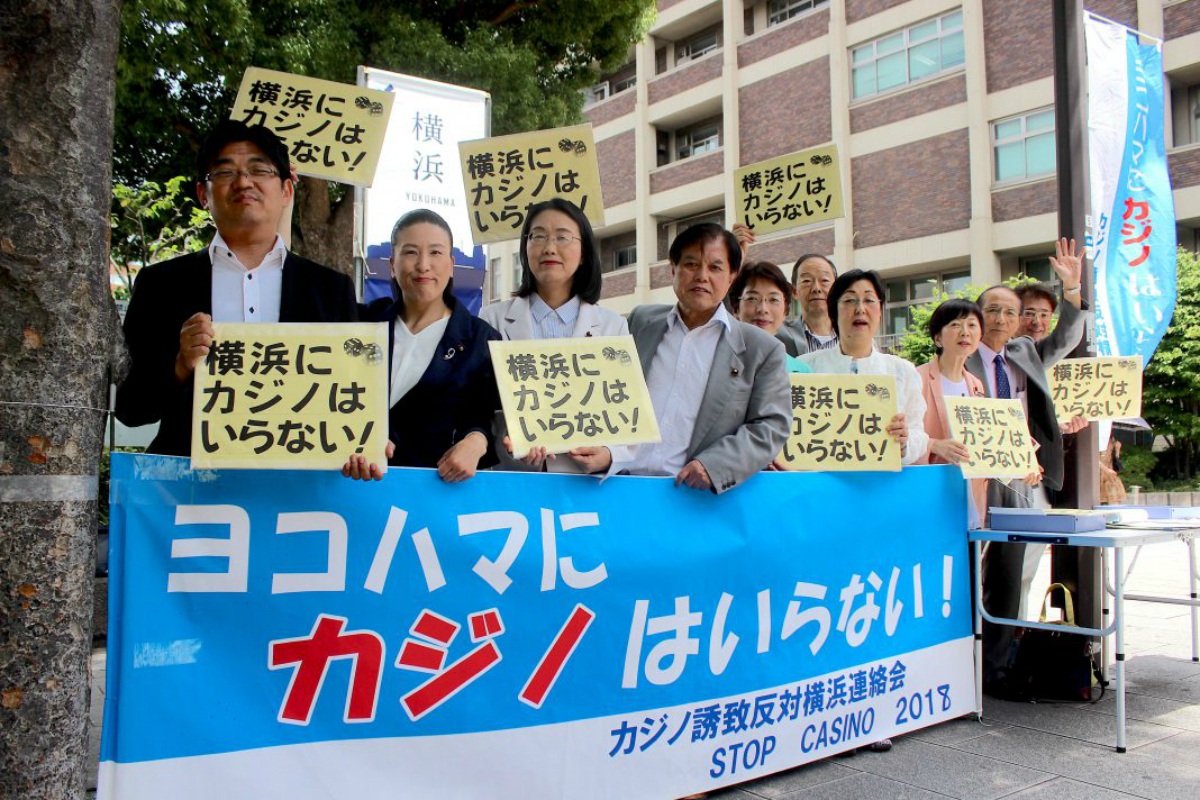 Yokohama is accepting casino integrated resort plans, but many in the city remain against such a commercial property. (Image: Asia Gaming Brief)

Japan’s second-most populated city announced this week that its request-for-concept (RFC) period is formally underway. Plans from casino operators must be received by the close of business on December 23. The local government says it will review and use the proposals to form the city’s implementation policy.

Yokohama leaders are requiring each RFC to focus on Yamashita Wharf – an area famed for its waterfront views of the Port of Yokohama and the Tokyo Bay.

The city passed a resolution to become a candidate city for one of Japan’s three commercial IR developments in August and September. Mayor Fumiko Hayashi supports the bid, and hopes to have authorization for the multibillion-dollar casino complex in 2021, and it to open sometime in the late 2020s.

Yokohama is one of eight areas interested in becoming home to an IR. According to Kazuyoshi Akaba, Japan’s minister of Land, Infrastructure, Transport, and Tourism, the others are Hokkaido Prefecture, Chiba city, Tokyo Prefecture, Nagoya city, Osaka Prefecture, Wakayama Prefecture, and Nagasaki Prefecture.

Las Vegas Sands and MGM Resorts are the consensus frontrunners among gaming analysts for two of the three concessions. The casino giants are respectively focusing on Yokohama and Osaka.

Sands switched from Osaka in August to target Yokohama, as well as nearby Tokyo. Billionaire CEO Sheldon Adelson said the company is focusing on “new development opportunities that allow us to maintain our industry-leading returns on invested capital – and we think an investment in Tokyo or Yokohama gives us the best opportunity to do exactly that.”

There are plenty of other interested parties for Yokohama.

Melco Resorts is all-in on the city, with a company statement issued in September explaining, “Melco has been a long-time supporter of Yokohama’s suitability to host one of Japan’s first integrated resorts. The city’s convenient location, communication links, vibrancy and pioneering spirit make it an ideal candidate for a large-scale development designed specifically for premium international tourists.”

Not everyone in Japan wants a casino. In fact, most don’t.

Multiple polls have shown the majority of Japan’s general public do not want commercial casinos. The leading concerns include potential elevated instances of problem gambling and increased risk of crime.

But Japanese Prime Minister Shinzo Abe does want an integrated resort. He believes they are essential to growing the country’s tourism sector. His controlling Liberal Democratic Party is adhering to their leader’s wishes, but cautiously.

The National Diet approved its IR bill on the condition that Japanese citizens would be required to pay an entrance fee to access the gaming floors. The mandate is to hopefully keep out those who cannot afford to gamble.

Earlier this month, Casino.org reported that an IR opposition movement in Yokohama was emerging. The coalition says it will seek to put the casino decision up to the public through a referendum vote.