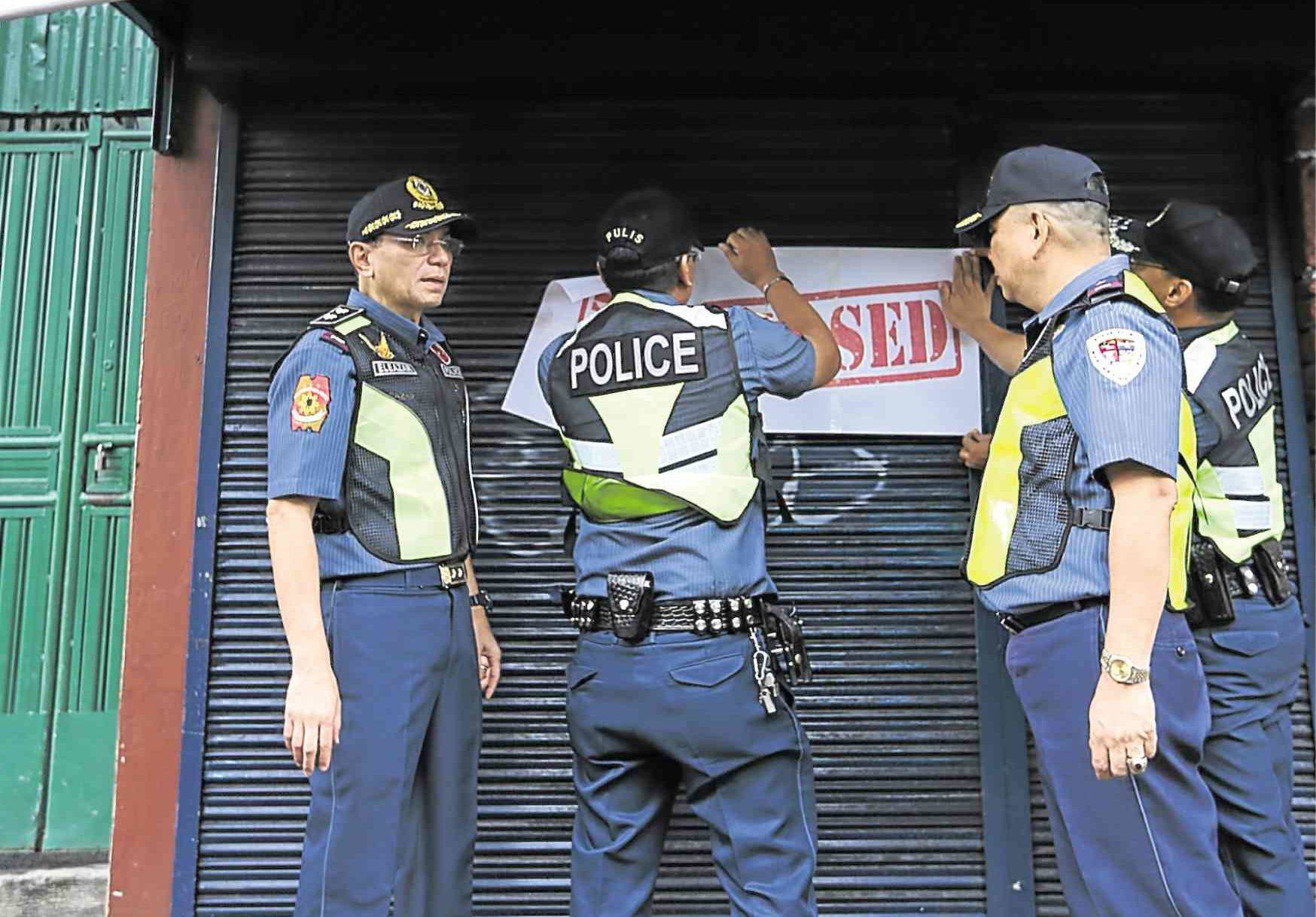 Lottery operations in the Philippines resumed on Tuesday, just four days after the country’s strongarm president, Rodrigo Duterte, ordered them to shut due to “massive corruption.”

Philippine Police closed down thousands of lottery outlets on Saturday, only for them to be granted the right to reopen again Tuesday. (Image: Asian Gaming Brief)

On Saturday, police were dispatched to plaster “closed” signs onto thousands of lottery outlets across the country. Some wondered whether this was the best use of police time, while others expressed concern about the livelihoods of more than 300,000 workers and sales agents who make a living through the lottery, as well as the fate of the social programs and charities it supports.

But it seems the shutdown it may have been a partial mistake.

Local reports said national lottery, or Lotto, outlets have now begun to reopen around Manila after the suspension order was lifted, although a presidential aide said the ban remained in place indefinitely for the Small Town Lottery (STL). Both are licensed by the Philippine Charity Sweepstakes Office (PCSO).

STL is a government-regulated variation of jueteng, a widely popular but illegal grassroots numbers game in the Philippines. STL was introduced in 2006 as an attempt to eradicate jueteng, but the game is still widespread. Former Philippine President Joseph Estrada was impeached for corruption, partly for accepting payoffs from jueteng operators.

Duterte, who was elected in 2016 on a hard-line anticorruption and anti-crime ticket, initially demanded that all games licensed by PCSO be suspended, citing an unspecified conspiracy “to cheat the government of its rightful share.”

But a presidential spokesman confirmed on Tuesday that investigators had found no irregularities within the Lotto.

Some lawmakers said the president should not have targeted the Lotto at all since its operations are computerized and automated, making corruption and embezzlement more difficult — unlike the STL.

Critics also questioned the legality of the shutdown, especially since Duterte’s edict was unaccompanied by a written executive order.

Privilege Not a Right

But Justice Secretary Menardo Guevarra told a press conference on Saturday he believed the order was valid.

“The president has the authority to order the suspension, even the termination, of PCSO-licensed gaming operations upon prima facie proof that licensees are not faithfully complying with their legal obligation to remit the correct amount of the government’s share in revenues, or that their operations are tainted by fraud, deceit, or corruption.”

It should be emphasized that a gaming license is not a contractual right, but a mere privilege that may be revoked at any time by the state,” Guevarra added.

Duterte has never been afraid of issuing heavy-handed and often impulsive edicts. In 2018, he ordered the complete shutdown of the paradise island of Boracay for six months for environmental clean-up after branding it “a cesspool,” and subsequently demanded gaming regulator PAGCOR revoke all gambling licenses held on the island.

Having previously offered his blessing to a proposed $500 million Galaxy Entertainment casino on Boracay, he pretended to have no knowledge of it before concluding that the decision to revoke licenses had been “the voice of God.”