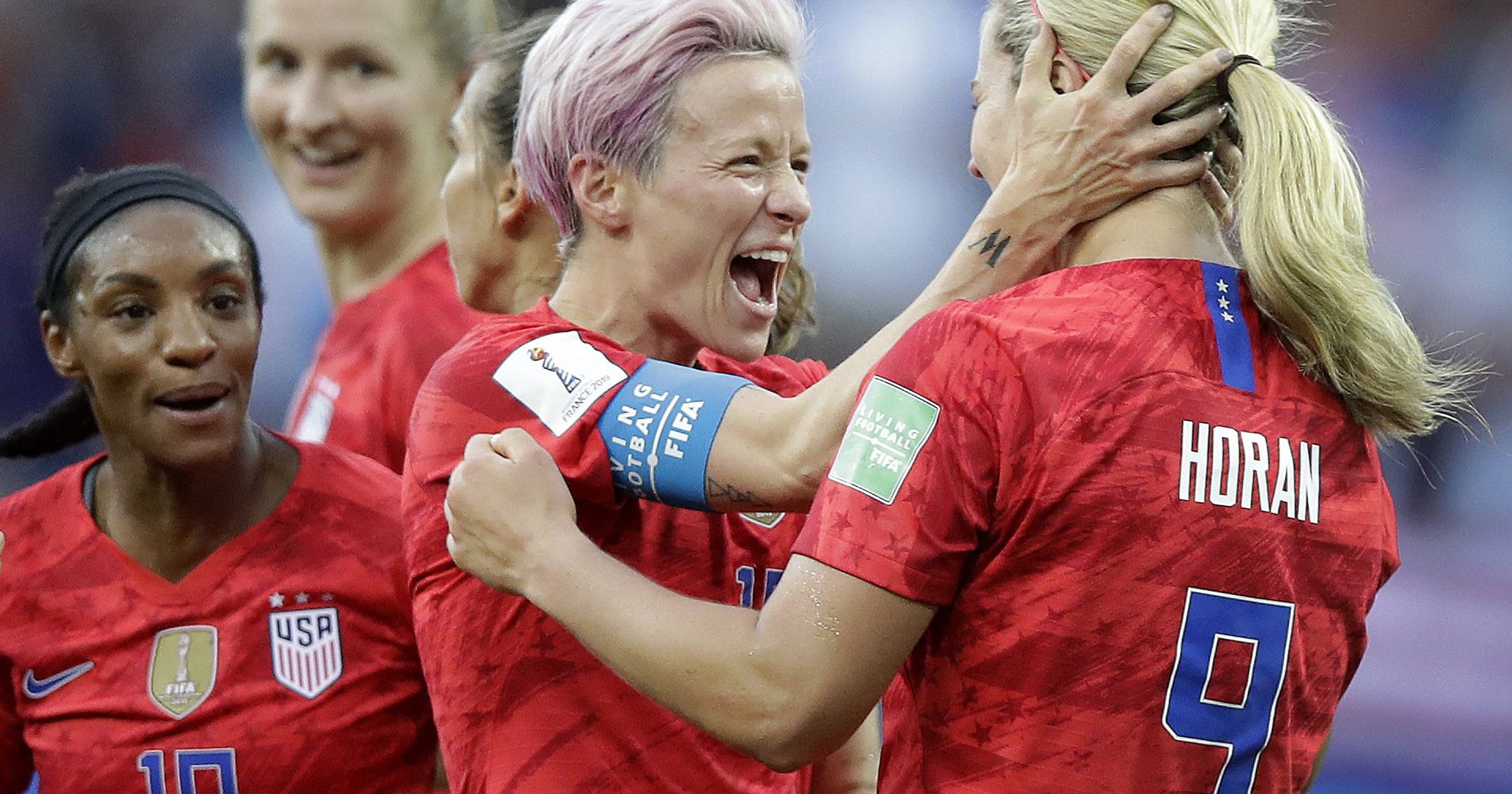 The United States will look to follow up its dominant 13-0 shutout of Thailand with another convincing win at the Women’s World Cup on Sunday when they face Chile in its second match of the tournament.

The United States will look to follow their 13-0 blowout of Thailand with another demonstrative win over Chile at the Women’s World Cup on Sunday. (Image: Alessandra Tarantino/AP)

Team USA is once again a prohibitive favorite, with DraftKings Sportsbook listing the Americans as a -5000 favorite to beat Chile and collect another three points.

US Can Still ‘Refine and Polish’ After Historic Win

A win on Sunday would likely clinch a place in the knockout stage for the United States, assuming that Sweden doesn’t suffer a shocking loss to Thailand the day before.

Despite the ease with which the team won its first match, head coach Jill Ellis still thinks the team can look for ways to improve against Chile.

“We’re going to sit back and look at some film,” Ellis told reporters after the win. “There’s always things you can refine and polish.”

The match against Chile should serve as an ideal time to work on anything the USA wants to iron out. Chile is actually ranked lower than Thailand in the FIFA world rankings at 39th in the world, and though that might be a little misleading, there are few who are giving the South American side any real chance of contending with the United States on Sunday.

Chile had few chances to score in their opener, a 2-0 loss to Sweden that came on Tuesday. That match was most notable for the fact that it was interrupted for 45 minutes by lightning.

But surprisingly, the Swedes took a long time to get on the board, failing to take the lead until the 83rd minute, when Kosovare Asllani took advantage of a poorly cleared ball to bury a shot in the top corner.

That result may help set the expectations for the USA vs. Chile match on Sunday. While it seems unlikely that Chile will be able to threaten the Americans offensively, they should be more difficult to break down than Thailand was, making another record-breaking performance unlikely.

That’s not to say that bookmakers are giving Chile that much credit. The USA is a 4.5 goal favorite heading into the match, and in their last two encounters against Chile – two friendlies that took place in California late last summer – the United States eased to 3-0 and 4-0 victories.

In summary, this should be a straightforward victory for the US women, though the matches will get markedly more difficult after this. A final group stage match against Sweden next week will determine who will win Group F, though both teams are likely to qualify for the knockout stages regardless. After that, there’s a strong possibility that the United States and France could meet in the quarterfinals, pitting the two leading favorites in the tournament against each other relatively early on.

The United States (+235) is currently the favorite to win the Women’s World Cup, ahead of France (+300), England (+650), and Germany (+750). Thus far, none of the top four favorites have dropped any points in their group stage matches, with France, Germany and England all having already clinched advancement to the knockout stage.

The post USA Looks for Another Big Win at the Women’s World Cup Sunday vs. Chile appeared first on Casino.org.