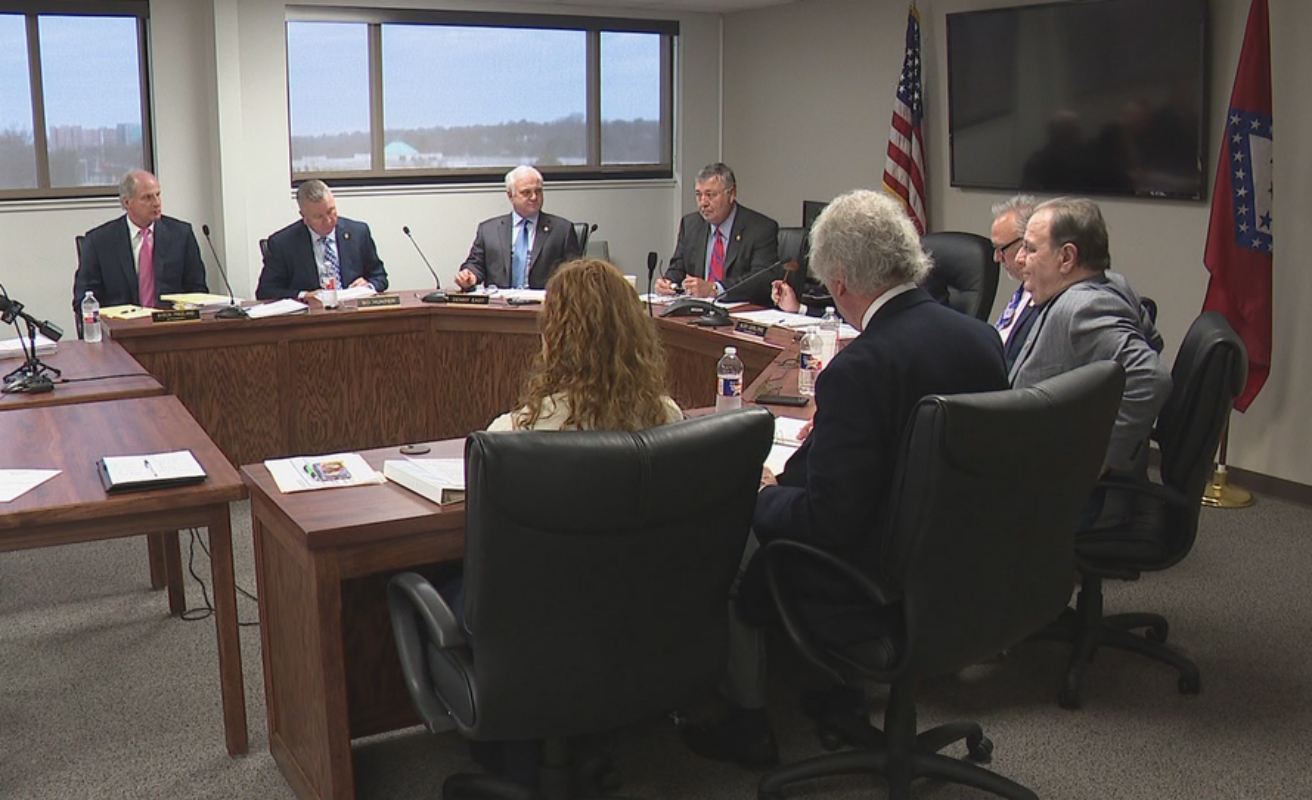 The Arkansas casino proposal for Jefferson County submitted by a Native American tribe has been formally approved by the state’s racing commission.

The first of as many as two new commercial Arkansas casinos has been approved by the state racing commission. (Image: KATV)

On Thursday, the Arkansas Racing Commission unanimously signed off on plans for a $350 million casino resort in Pine Bluff. The Quapaw Tribe of Oklahoma and its Downstream Development Authority is behind the project.

Big day for my brothers and sisters in Pine Bluff and Jefferson County,” Quapaw Tribe Chairman John Berrey said. “We are digging in, literally as we speak, to build a showcase of a resort that will supercharge the region’s economy and excite the people of Arkansas.”

The Native American group says the Pine Bluff casino will be nearly a clone of its Downstream Casino Resort in Quapaw, Oklahoma. That gaming floor has roughly 2,000 slot machines and 30 table games, as well as a hotel, convention and entertainment space, and golf course.

Last November, Arkansas voters passed Issue 4 – a state constitutional amendment that allowed the Oaklawn and Southland parimutuel facilities to transition into full-scale casinos, and allocate one new commercial casino each for Jefferson and Pope counties.

The ballot referendum campaign was almost entirely funded by two tribes in Oklahoma. The Quapaw and Cherokee Indians collectively poured more than $1.2 million into Driving Arkansas Forward – the committee that led the casino expansion fight.

Both tribes have historical ties to Arkansas, but the forthcoming Quapaw venue will be a commercial casino – not a tribal one. The Jefferson County proposal was the sole application, as it was well known that local officials wanted to work with the Native American tribe.

“I’ve been impressed by the professionalism and loyalty to our community that I’ve seen from Downstream and the Quapaw Nation,” Pine Bluff Mayor Shirley Washington (D) said in December. “It’s clear that Downstream wants to be a key partner in the growth and development of our city.”

Tribal officials say 1,000 construction workers will spend the next 11 months building the casino. The resort will subsequently lead to 1,100 permanent positions.

Arkansas casino revenue will be taxed at 13 percent on gross win up to $150 million, and 20 percent thereafter.

Pope voters rejected Issue 4, and then passed an ordinance requiring majority support from county residents before the state could allocate a gaming property to be located there. Issue 4 requires each county judge to write a letter of support to the state for a casino.

Pope County Judge Ben Cross said this week, “They sent a sound message they didn’t want me to write that letter of support.” The Racing Commission voted to return each $250,000 application payment that the state received from the five rejected bidders.