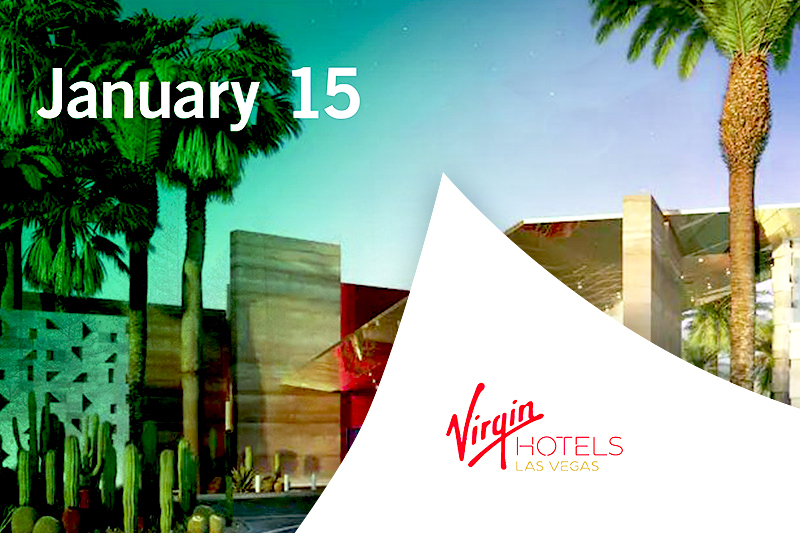 
A new opening date for Virgin Hotels Las Vegas has been set after property officials indicated in August that the original fall opening of the hotel and casino resort could be pushed back, citing market conditions caused by the Covid-19 pandemic.

The property is now scheduled to open doors on January 15, 2021 at the site of the former Hard Rock Hotel & Casino Las Vegas complex.

JC Hospitality, a joint venture between Bosworth Hospitality Partners, Virgin Hotels, and other partners, purchased Hard Rock Las Vegas in the spring of 2018. The group, led by Richard “Boz” Bosworth, this year embarked on a multi-million renovation of the property and its transformation into what would welcome guests as Virgin Hotels Las Vegas.

The former Hard Rock property closed doors on February 3 and was supposed to undergo an eight-month revamp until its planned opening around November 6. However, the coronavirus outbreak forced a change of the original timeline.

At a special press event held last week, Mr. Bosworth said that they have “somewhat dodged a bullet with that and my team members are coming back a little later than we would have liked and they would have liked, but what the hospitality workforce here has endured has been devastating.”

No Change of Business Plan

Mr. Bosworth added that they are now watching their competitors to learn from the safety practices they have deployed and how they address guest safety, and that they are “going to use those best practices” when Virgin Hotels Las Vegas opens doors.

He also noted that “everything else has been identifying what we need to do here” and that they have not changed their business plan at all.

Virgin Hotels Las Vegas’ hotel operations will be part of Curio Collection by Hilton under a partnership between the new Las Vegas resort and the hospitality giant.

The property also recently announced its 12 food and beverage outlets, including the return of MB Steak and Nobu as well as a revamped Olives concept featuring renowned chef Todd English.

The new resort will also feature a renovated 60,000-square-foot casino that will be run by Connecticut gaming and hospitality operator Mohegan Gaming and Entertainment. Mohegan recently announced that the gambling venue will be called Mohegan Sun Casino at Virgin Hotels Las Vegas and will offer slot machines table games, and a Betfred-run sportsbook, among other things.